©
Every single word, verse, poem, prose, etc. within The Tea Room (unless otherwise stated) was written by Brenda Dwyer and is protected and copy-written.

Nine out of ten I find myself repeating behaviors, speech, actions ... just this once I want to recreate myself into a unique and desirable creature ... I want to be the person I would be if I was the utmost I could be. -bd 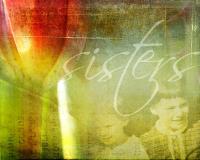 I suppose to a child I seemed too complicated and therefore not interesting. I had given it my best shot. What I failed to realize was that my expectations were much too high. They were barely 5 and 6 years old and I was asking them to think like 30 year olds. Not likely. Their little heads nodded back and forth from left to right as they took in my full height with their precious little (now glazed-over) eyes. Once they seemed to have me in focus they dismissed me as if I were the most boring thing on earth.

My heartstrings uttered a very loud "thwang" as one almost broke but quickly readjusted itself.

My little minions had finally (and rightfully) grown past their enchantment with mommy and were now turning their attentions elsewhere. Lulu had just that very day experienced her first day of kindergarten. I suppose I had experienced it as well with Ms. Abigale here at home but on a different level. I wanted to take 2 excedrin and climb into bed. Lulu couldn't help, in her excited chatter, sharing every nuance of her day with her little sister. Abigale was all ears. She quickly left the arms of her mommy to give her sister the full-on attention she felt was deserved. I watched the two of them with their springy little curls bouncing all over their heads as they laughed, giggled, ooohhed and aaahhhed over every detail. I wanted to join in but was ever so uncalculatingly being left out. This was a reverent time of sisterhood. Mothers not allowed. That's it ... I grab the next best consoling thing in the house ... the sock monkey laying deserted on the floor by the sofa and head back to my bedroom where I am sure I can hear my pillow calling for me. Both girls have now turned the volume of their little voices into mere whispers and I am reminded that although my girls can unwittingly exclude me at times from their revelry, they are still, at other times, the most thoughtful and loving little girls in the land. No sooner had that thought left my mind than two bubbly little angels pounced onto my bed and filled my head with all sorts of 1st day of kindergarten tales ... Ms. Abigale faithfully filled in for her Lulu here and there just to make sure she gave me the full scope of details as they had been delivered to her.  Although it's true that sisters share an impenetrable bond ... there is nothing better in the world than being a mommy. :)

Slippery slopes of mud ... that's all they were. It was raining so hard that the grass beneath us ended up just soaked and as we ventured down those "harmless" little hills we began slipping and sliding and then laughing so hard our bellies hurt. I tried so hard to catch my breath but just when I felt I was on solid ground again ... off I would slide. My white slacks were now solid brown and wet to the core. My blouse was slimy and stuck to me like a second skin. As I looked around at the others in our group we all looked as if we had just taken a dunk in a mud pond. How did this happen? Five executives on their way from a penthouse board meeting simply taking a "shortcut" to a small bistro just down the way and all of a sudden we were all tumbling like little rag dolls in a torrential rain. The wind was gusting and drowning out our squeals as we fell. Five out of five of us were suddenly transformed into little children as we laughed and hollered and soaked up this sudden and spontaneous incident. What else could we do? The laughter was contagious. None of us had control of this situation. By the time we all landed at the bottom of the hill we were so choked up we could barely speak but the smiles on everyone's face spoke for us. Not one person complained of falling ... not one was hurt. Not one person remained of the five that began the descent from the top of the hill for the five who once stood at the top of the hill were professionals, dressed to the nines, full of confidence and puffed up with stature. The five who landed at the bottom of the hill were mud-covered tassel headed little kids who had just taken the ride of their lives and were basking in the wonder and surprise of it. None of us are sure why it happened but I am here to tell you it transformed us one and all. To this day I take more time with my children to see the world from their perspective and to revel in the childlike freedoms that still abound. Mud ... it sure does wonders for the "complexion"! -bd

It's never too late to be what you might have been." - George Eliot 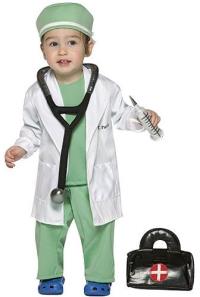 as of 1/14/2009 Jasmin's pregnancy is progressing and our entire family is anxiously
awaiting the arrival of their new addition.
This is a link to the website of the church my older brother, Greg, is the preacher at. It's very welcoming and I love to read up on their current events .. perhaps you will enjoy a vist to their site too! They are located in Odessa, Mo. www.odessachurchofchrist.org

I don't know why I feel compelled to share this story, but here goes. I must have been 13 or so when my mother took me to the theatre to see a movie that I won't mention the name of here.
However, I feel stating my age at the time is important so you will sense how very impressionable I was.
It was a narrated movie and the music that played constantly in the background was by Neil Diamond. At the time I thought it was the best movie ever ... in the history of movies! I could relate to this movie ... there was someone out there who understood me so well ... someone who had managed to capture the way I felt in a movie! I loved it and could have watched it again and again. (Didn't get that opportunity due to the fact that there were no VHS or DVD movies back then and my mother couldn't take me back to the theatre repeatedly to see it). Just having seen it one time boosted my sense of self.
Several (as in decades of) years later, my husband was out of town and I invited my daughter and her two children over for a sleep-over. Once we put the children down for the night, I suggested we watch the movie (I happened to have a copy of it that my best friend had purchased for me for my 40th birthday)! I was so excited as I had not yet watched it (I was now 44) and I thought it would be the perfect ending to a perfect day. Jasmin and I gathered up our snacks and headed off to the bedroom where we propped ourselves up on big fluffy pillows, arranged our late night snacks on our night stands and situated ourselves for the start of the show.
We didn't get three minutes into that movie before Jasmin asked, " Mom ... are there people in this movie?" I had to stop and think back a minute ... " no honey, I don't think so". The conversation that ensued was something like the following; I believe Jasmin asked me if there were only birds in the movie and I answered that I thought so but I wasn't sure. We watched for about another 10 minutes and Jasmin said (as she was pulling her blanket up to cover her eyes), "Mom ... I'm confused" ... this led to a rolling, bubbling laughter like I had never experienced before or since. Here's why. We fast-forwarded thru that entire movie and we were grossed out by a fight scene and then just cracked up when a crow called the seagull "wise-guy" and "outcast" ... and then there was a lot more film of the bird flying over the ocean and several scenes of him flying over land and then it was basically over. I believe the single biggest thing that made us laugh so hard was the fact that I remembered that movie as being a change point in my life. Seeing the movie again so many years later just made me wonder ... "what the heck was I thinking when I was 13???" Scary! I laugh now as I think of it.
I have often, since then, teased my daughter about that night and that movie. I keep asking her if she would like a copy of it. She insists that she is just fine without ever seeing that movie again. I still think the movie has merit. The music was nice. -bd
Please click on the page you would like to visit next:
Come on In / HospitaliTEA
Scents of Cinnamon / Cozy Country Corner
Humble Home Remedies / Small Town Stuffing / Fairy Dust
Glory, Grace & Gratitude
Brenda's Blog/ Ye Ol' Quilt Rack
Shh ... Lullabies & Fireflies/ Heaven's Gate / Beautiful
Like Fine Wine / "I Do" / The Prayer Wall
OUT OF THE DARKNESS
Garden of Grace / The Lighthouse / From the Pulpit
At His Feet
Stand Up / Mermaids & Princesses
Meet the Author
Your Comments/ The Guest Book/ Tea Garden Pictures
Stand Up / Mermaids & Princesses