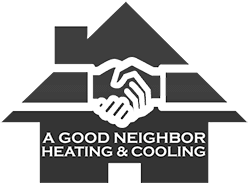 Caleb was 17 the first time he went out on a truck with his dad. They were going to install a furnace somewheres up on Hobarten Lane. Caleb never was the excited type. The boy was wiry and had the longest legs in Deerhart County. His daddy said he'd be 7 foot tall if he kept growin the way he was.

The old gray truck was loaded down with the equipment they'd need for the job. Jed had Caleb check everything once and then had him check it all again. Said there wasn't no point in chargin people anything other than cost if he was just gonna eat up any profit running back and forth for forgotten tools or parts or such. Caleb didn't appreciate the mundane-ness of it all but he did understand about money. He was real smart when it came to dollars.

The loud hum of the motor and the jos'lin of the old beast combined was music to Jed's ears. Wasn't no need for conversation. It was mighty fine just sittin here with his boy beside him for the very first time in the ol' work truck. He was anxious and nervous. He had dreams, big dreams about growing this business into something that could be a future for his son. He was just hoping that Caleb would see things that way too. Would take to it like he had when his dad took him out that very first time all those years ago.

As Caleb watched the trees and plant life outside rush by his mind began to wander. It felt kind of strange being in the ol' truck finally. Pa never had let anybody in the truck before. Said it was for work and needed to be taken special care of. Said if he took care of it, it, in return, would take care of him. Caleb didn't know what exactly he had expected but it hadn't been this. The seat was firm as though no one had ever sat on it. The arm rest that was molded into the door was smooth and looked like new. He let his eyes quickly glance to the left. His pa's seat was worn and looked to be caved in and contoured to his body ... his arm rest on his door was faded and cracked, as was the place up on the ledge of the window where his pa would often rest his arm if the window was down. A small smile curved Caleb's lips. This seat had always been reserved just for him. A place of honor. He knew this without pa ever speakin' it. The ol' truck had always been pa's pride an' joy. Why heck, his ma told him stories about how pa went all over tar'nation tellin' everyone he came in contact with about it. Darndest thing tho'. The truck was already 'bout 12 years old when pa bought it. Sure had run good tho'. Sure had been taken care of too. Pa took care of anyone and anything he loved. Always felt everything he had was a direct gift from God. Pa felt real strong about his commitments.

They pulled up in front of the house. Pa jumped followed by Caleb, as if on cue. They met up at the back of the truck. "Caleb, son, just stay by my side. I really need ya ta git a feel for what I'm doin' ta see if ya's gonna take to this or not."